Orvis International Destination: of the Year 2019

by Mark Melnyk, producer and host of The New Fly Fisher TV show

Hawk Lake Lodge is in Sunset Country in Northwest Ontario, Canada, between Thunder Bay at the west end of Lake Superior and the Manitoba border. It is the only lodge on the lake and there is no public access, which means that the lodge has total control of the fishing. What they have created is a world-class fishery with significant chances of IGFA fly rod line-class records. Ted and his wife, Virginia, have taken full advantage of this, by imposing a strict catch-and-release policy. The result is a fishery replete with specimen-sized fish, especially walleye. Just over a month later, I was privileged to experience this first-hand. 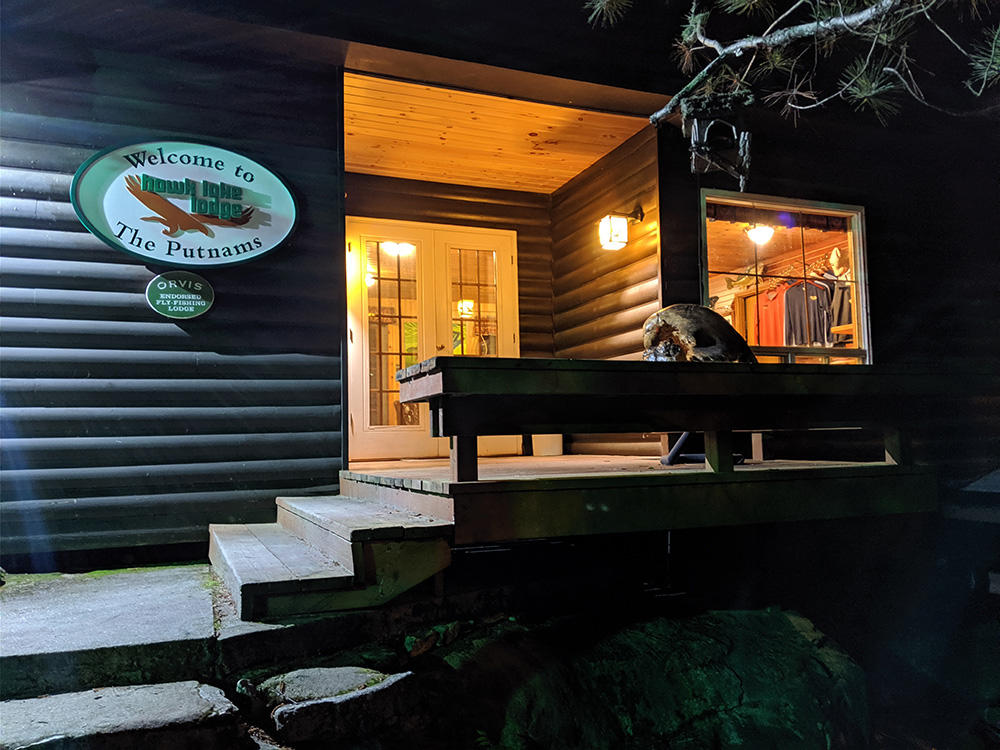 Accompanied by my close friend Tom Rosenbauer, I pulled my truck into the parking lot at Hawk Lake Lodge in June 2019. Only seconds after we climbed out, we were greeted by two energetic and enthusiastic golden retrievers, who flopped on their backs, offering their bellies for a welcoming rub. It was an encouraging start. Tom and I were at the lodge to film a pre-spawn smallmouth bass show for The New Fly Fisher. 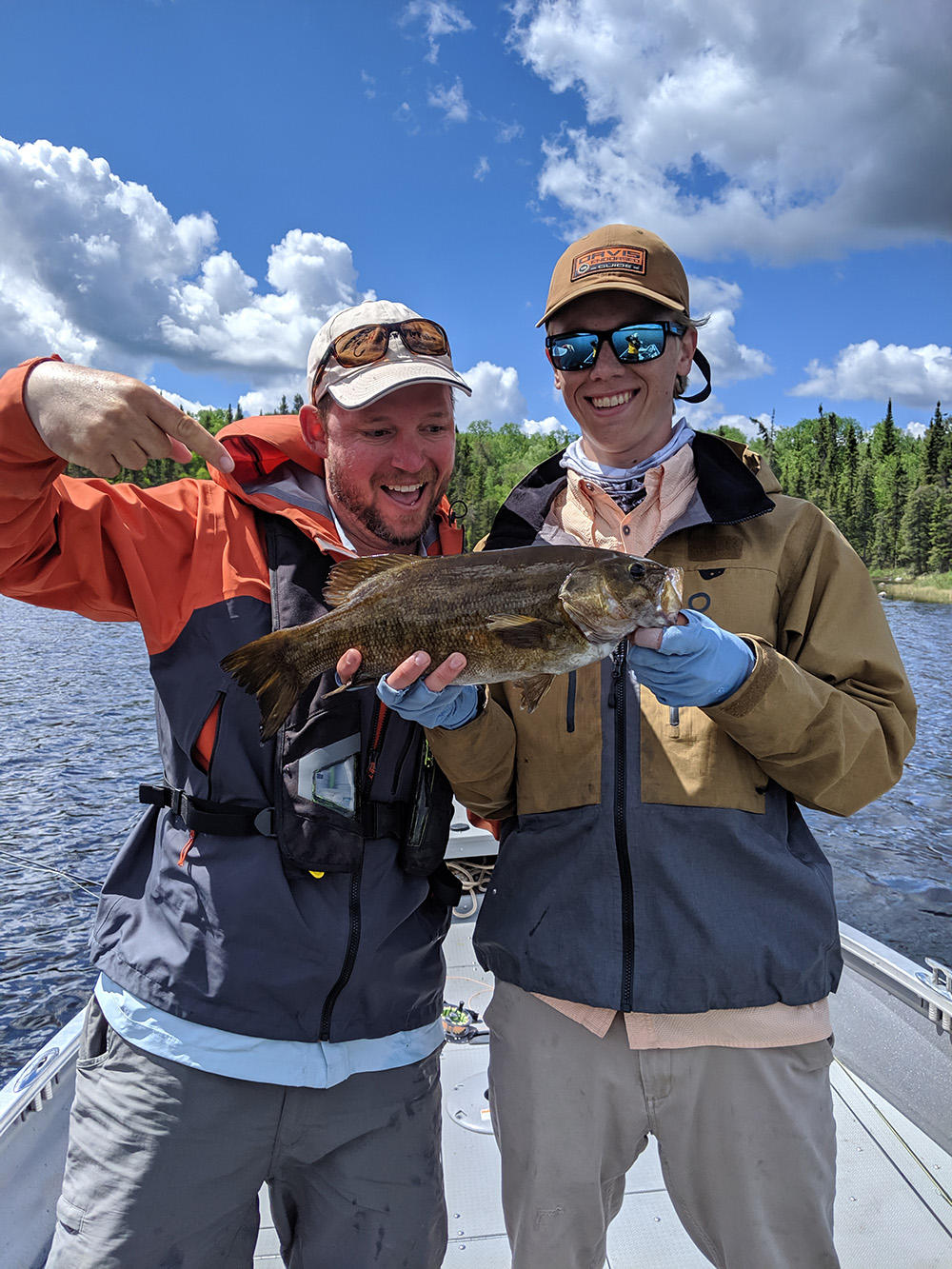 We managed this very satisfactorily, but what really blew us away was the “evening entertainment.” This was not the usual after-dinner movie or anecdotes from a local wildlife guru. Rather, it was another fishing expedition. As the sun was setting, we were ushered into boats, which headed out to one of the many narrows on the lake where walleye congregate at dusk and linger through the night. 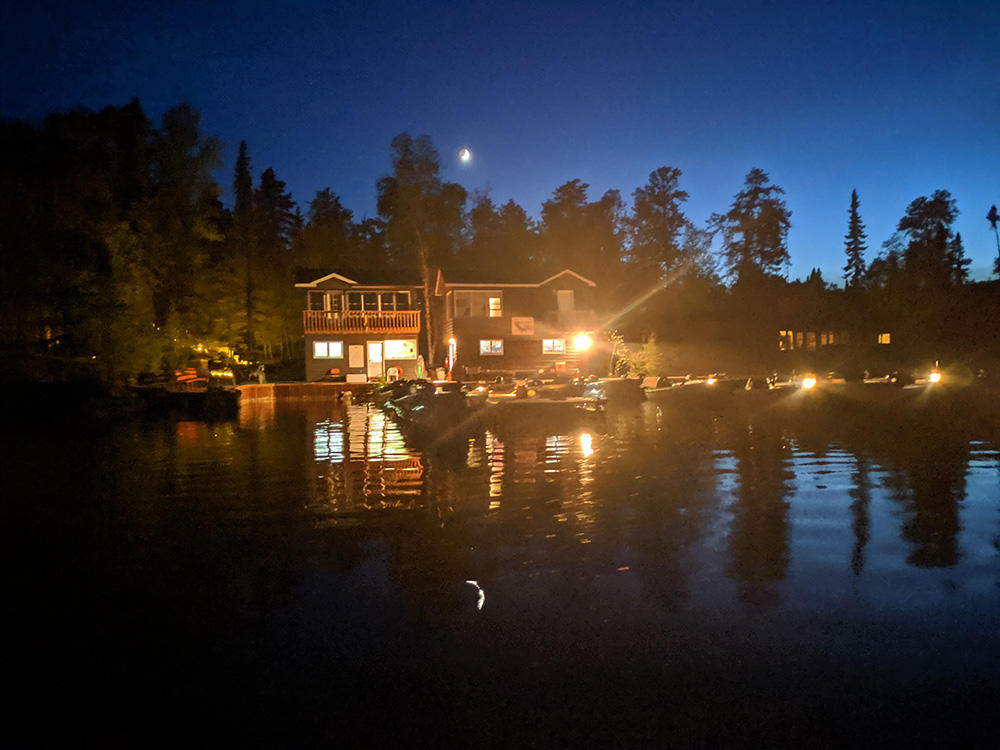 These fish can be caught on the fly, using a short (3-foot) leader on a full-sinking line, with a fly soaked with floatant to lift it off the bottom, where it would be most likely to attract a foraging fish. Along with other lodge guests in other boats, with shouted camaraderie, we plied the bottom of the narrows in search of the giants. 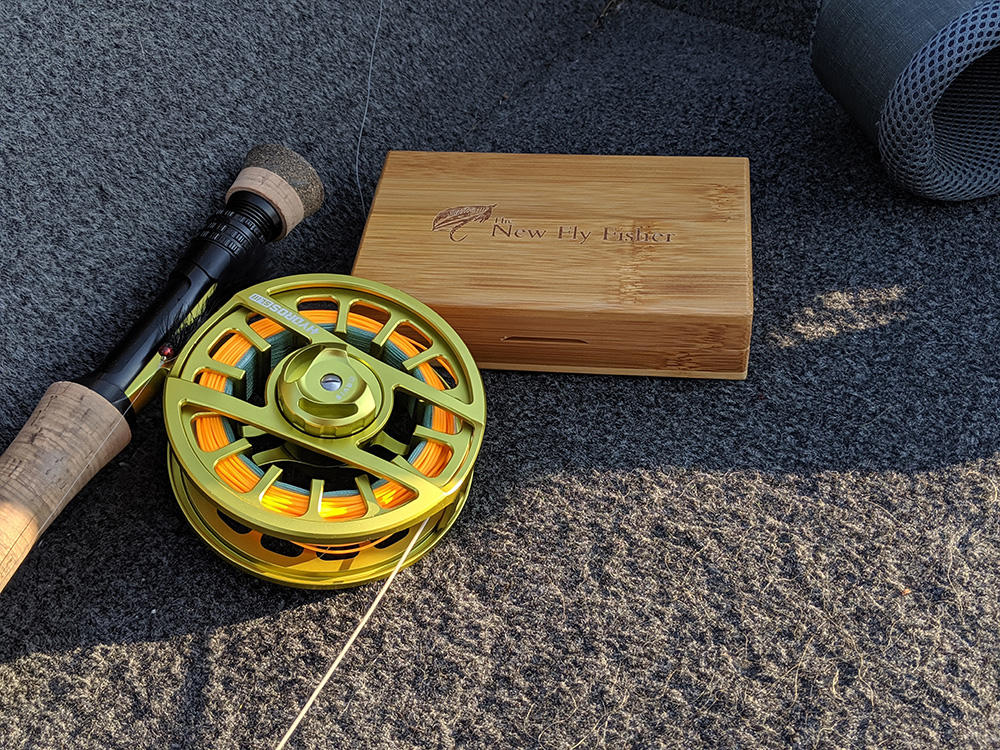 I was messing around with my phone, trying to get a good night shot, when I was distracted by a friend. With my phone in my hand and my rod under my arm, I swung my body towards him, dragging my rod with me. At the end of the swing, I felt the unmistakeable pull of a fish. I dropped my phone. Stood on it and proceeded to do battle with what turned out to be the largest walleye I have ever caught. Ted netted it and exclaimed, “That’s a donkey,” before putting it in the live well prior to heading back to the lodge. The fish measured 30.32 in. and weighed approximately 11 pounds according to length/girth conversion charts. As it was caught on a 12-pound tippet, it would have qualified as an IGFA Fly Rod line class world record. 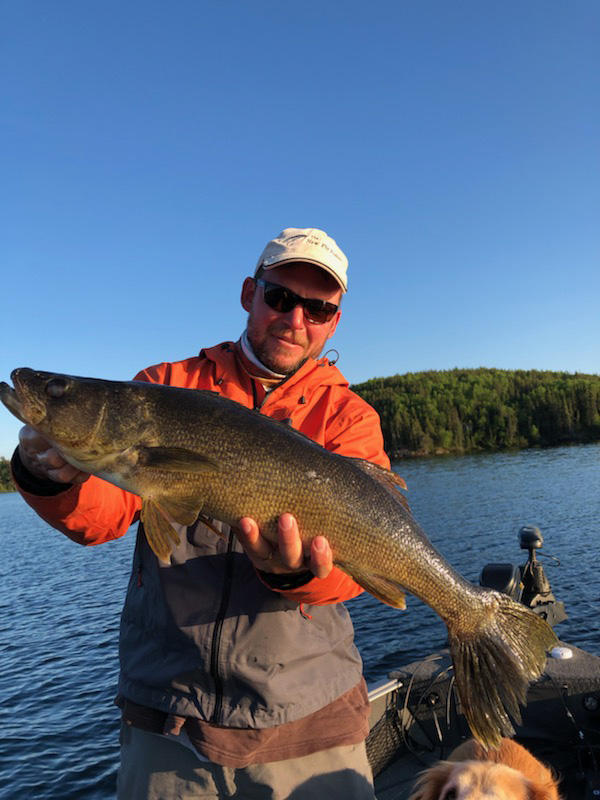 The following evening at the narrows, Tom took a 29-inch walleye, which impressed him so much that he created a podcast about fly fishing for walleye.

So if you’re on the hunt for a true trophy fish to add to your bucket list, be it smallmouth bass, or giant walleye on fly, Hawk Lake Lodge is one of those places where big fish dreams can legitimately come true. There’s a reason Hawk Lake Lodge was named International Destination of the Year 2019. 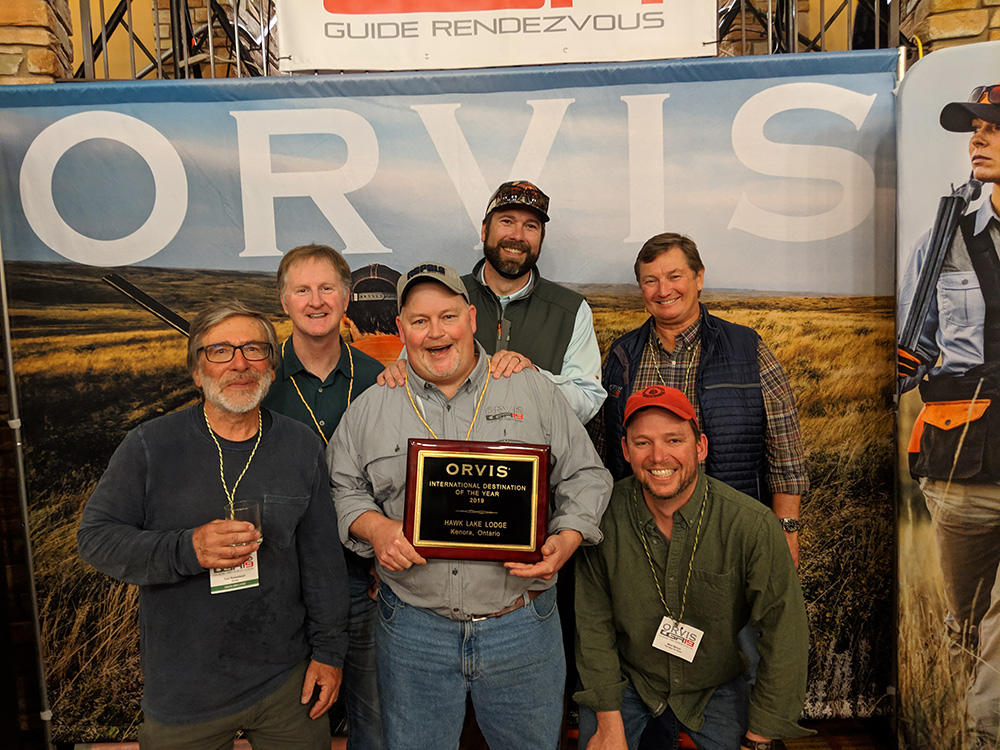 This article was previously posted on Ontario North Travel, January 2020