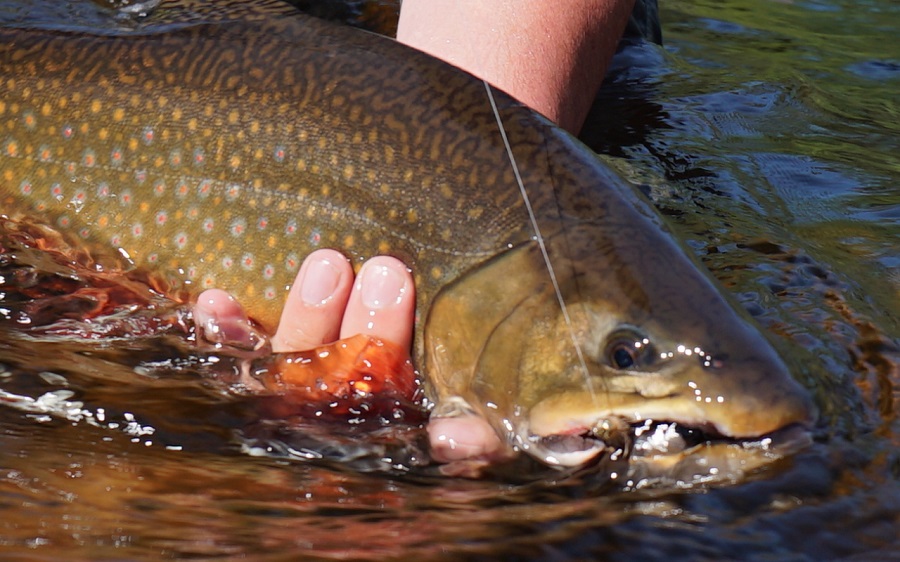 Fly anglers, for the most part are devout conservationists. Most every fish is considered a sport fish, destined to be caught and then released, rarely harvested. The sport is in the act of watching a wild specimen be fooled to take your fly. Even better if you happened to tie that fly yourself. From the minute sip of a sunfish, to the slashing violence of a blue marlin, there is a satisfaction in the moment of the take – so much so that often the ensuing fight and release are, by some considered merely an annoyance preventing presentation to the next unsuspecting fish. Liken it to an adrenaline rush, and sheer frustrating madness upon a fish’s refusal of the fly. This intensity has led to many opinions on everything fishing, from conservation, angling practices, scientific study and of course the fish’s well being. One opinion which has trickled out across the entire fishing spectrum, not just fly anglers, is the Keepemwet philosophy. 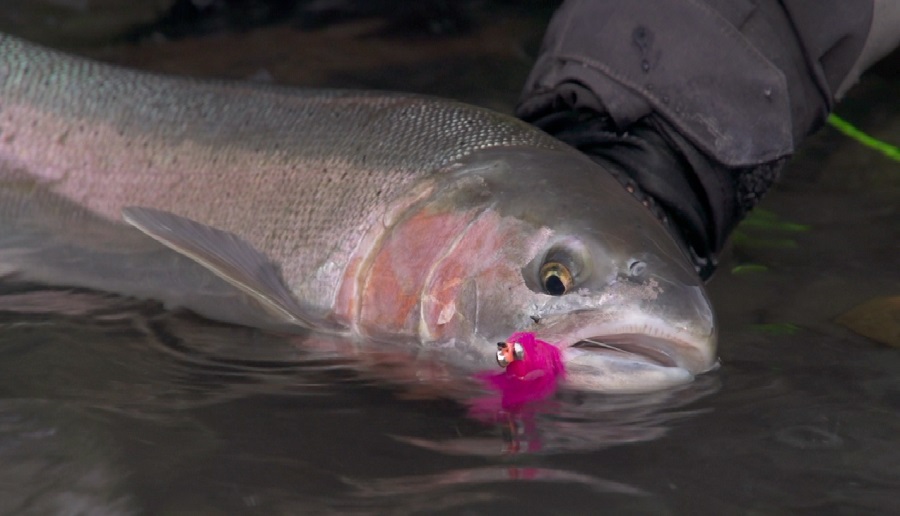 The concept was founded by film maker and photographer Bryan Huskey after witnessing countless fish on banks or fish out of water with the Instagram hashtag #catchandrelease. Understanding these fish had a decreased chance of long-term survival, and having a need to take unique photos, Bryan started to hashtag his photos with #keepemwet. Turned out great for the fish and even better for his photographic style. This small gesture led to a philosophy of principles of fish handling for catch and release anglers and it’s taking on like wildfire.

Basically, there are three principles with respect to keepemwet. With a little angler preparation, these principles can become a part of your everyday angling practice. 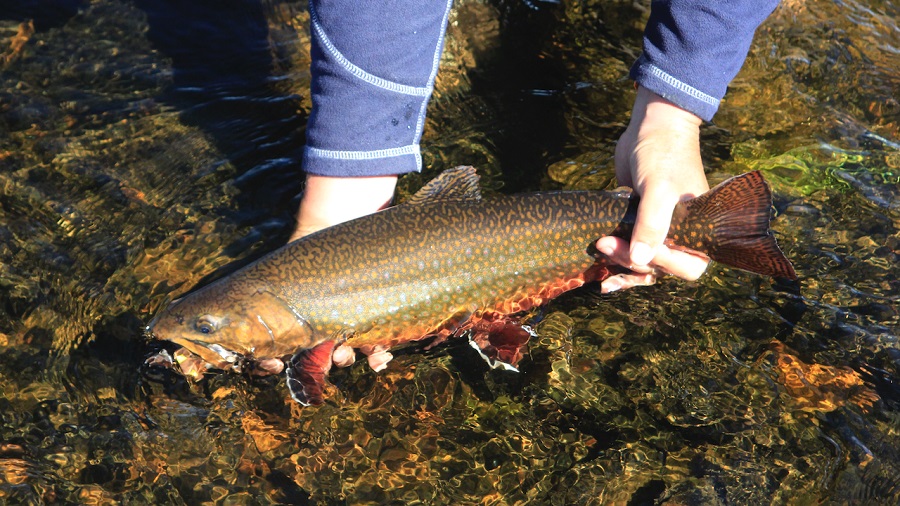 Principle 1
Minimize air exposure. When handling your fish, do so in the water. Minimizing the time a fish is exposed to the out of water environment will increase its chances of long term survival. If you are to take a photo of your fish, do so mindfully by having your camera ready to go. Either remove the fish partially, take an underwater shot or properly support the fish out of water for the time it takes to take that photo. Then promptly return the fish to your net or release it. 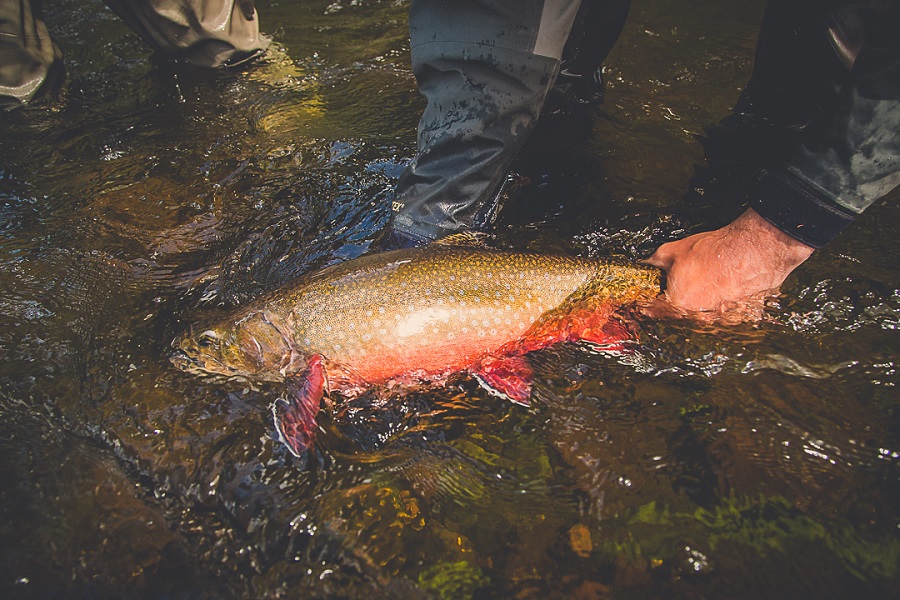 Principle 2
Eliminate contact with dry surfaces. Leaving your fish in the water  supports the fish’s body weight properly with no pressure on internal organs or flopping around. It also ensures a fish’s protective slime is left intact reducing the chances of bacterial infection. Placing a fish on carpet, river bank or any hard surface will remove this outer armour leaving fish susceptible to sickness. 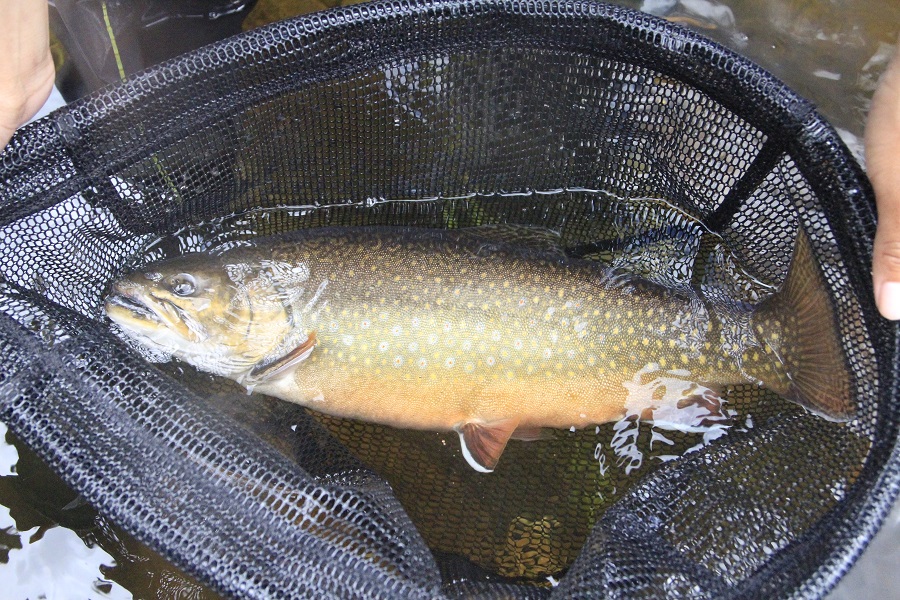 Principle 3
Minimize handling. Today’s angling technology has seen great improvements in fish handling devices. From aquarium style nets, to de-hookers there really isn’t any need to physically handle a fish. Improper handling can do internal as well as external physical damage. Handling without wetting hands or using cotton gloves for example removes protective slime from the skin. Fish left in the water will recover faster and have an greater chance for full recovery.

That’s it – it’s really that simple.

Catch and release fishing is evolving and there is room for proper harvest of fish for consumption. Programs like keepemwet, alongside conservation slot limits for harvest, ensure our fish populations are kept strong and even growing. If you’re going to choose catch and release, get your camera ready and experiment with a fun new way to document your catch. That pic of your fish of a lifetime just may turn out to be a uniquely fantastic photo, as well, if you keep’em wet. 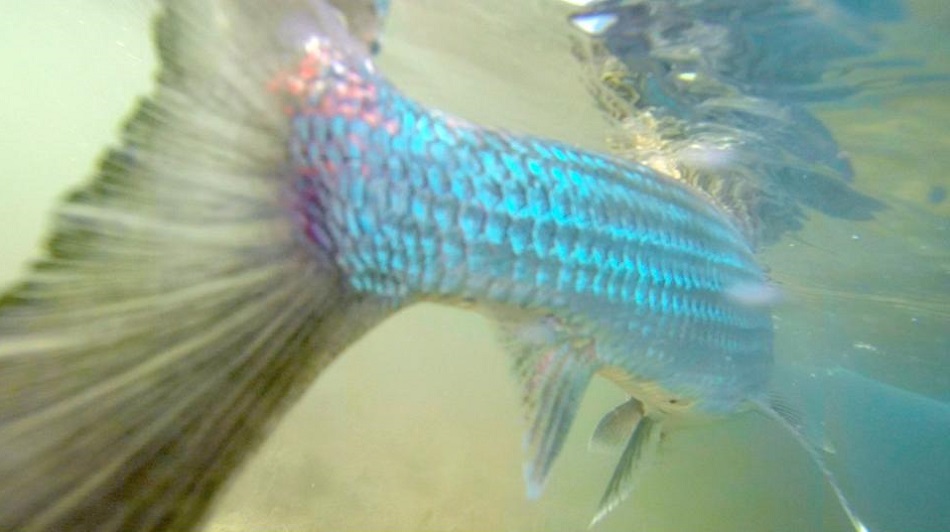