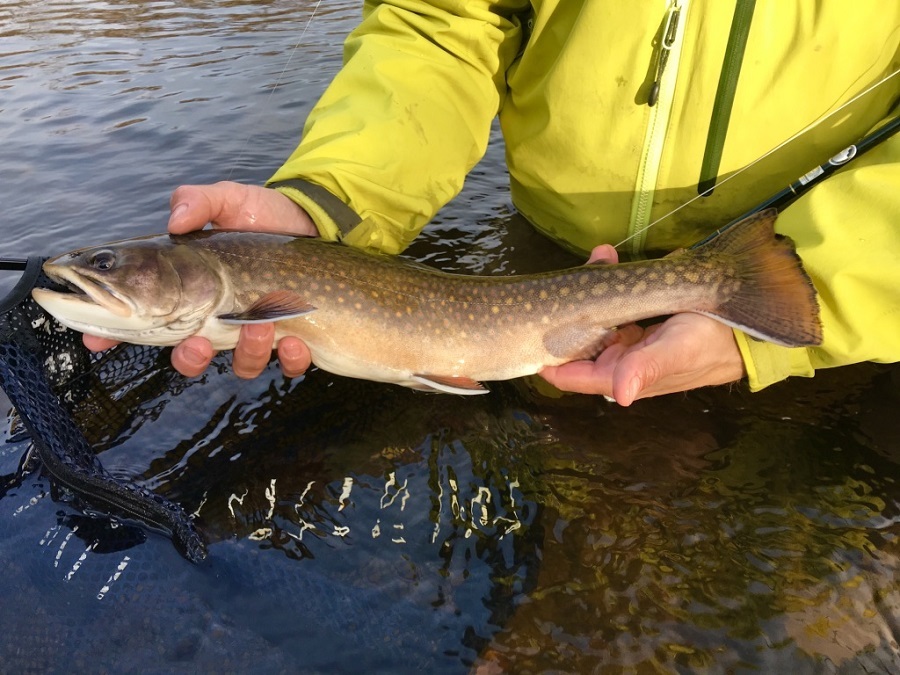 We had flown on a private charter from Churchill, Manitoba (the polar bear capital of the world) to Nanuk Polar Bear Lodge on the shores of Hudson’s Bay. It was September, and the short window for sea-run brook trout was now!

“He” was lying right there on the runway as we circled and made our final approach. You could see him plain as day. A giant white fluff standing out among the green and yellow of the willows. As our elevation lowered, “He” slowly raised his head, stood up and meandered unwavering, uncaring, over the berm of the runway and out of sight. If “He” had had opposable thumbs, “He’d” surely have flipped us the finger! 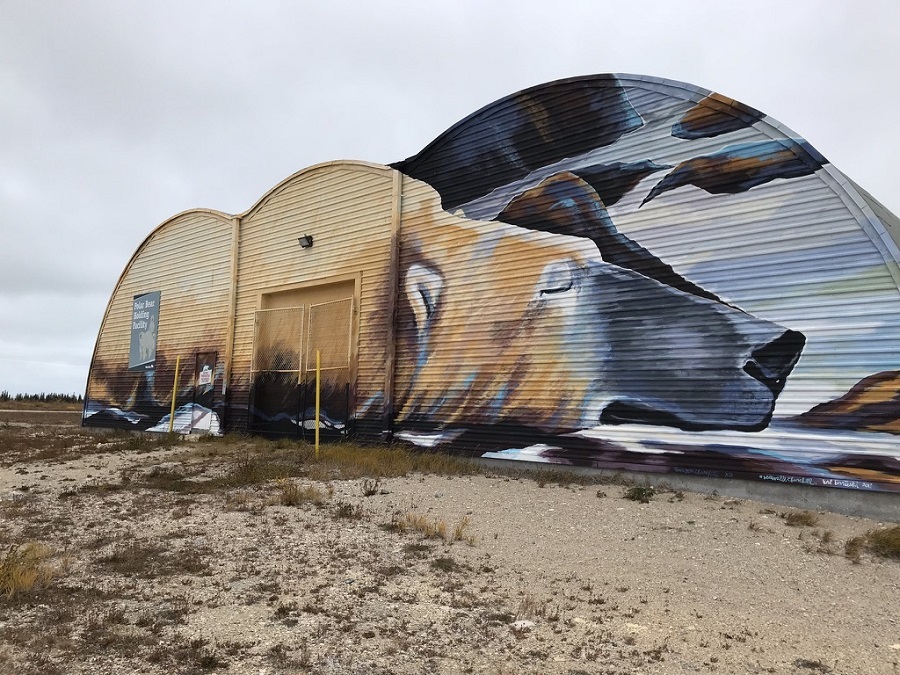 We touched down and taxied, bumping and jostling comically over the gravel runway to the gate of the compound. Behind the gate were 4 men, dressed for weather each with what looked like a Miss Universe strap over their chests. They were armed. All were heavily bearded, weathered and sunburnt. We deplaned and I walked to the back of the bird to see if “He” had made his way back over the berm. I was met by a tall, long haired man, who immediately ushered me back to the group behind the fence from where they had originally come.

“Please don’t do that again”, he insisted.

“Leave the group or go outside the gate without a gun” was his blatant answer.

I looked over my shoulder through the chain link fence and there “He” was back again, only now checking out the plane at point blank range. This was the first time I’d ever seen a live polar bear and he was standing exactly where I was not but a minute ago. He’d reappeared as silently as a white ghost. (A ghost that could very easily eat you!) 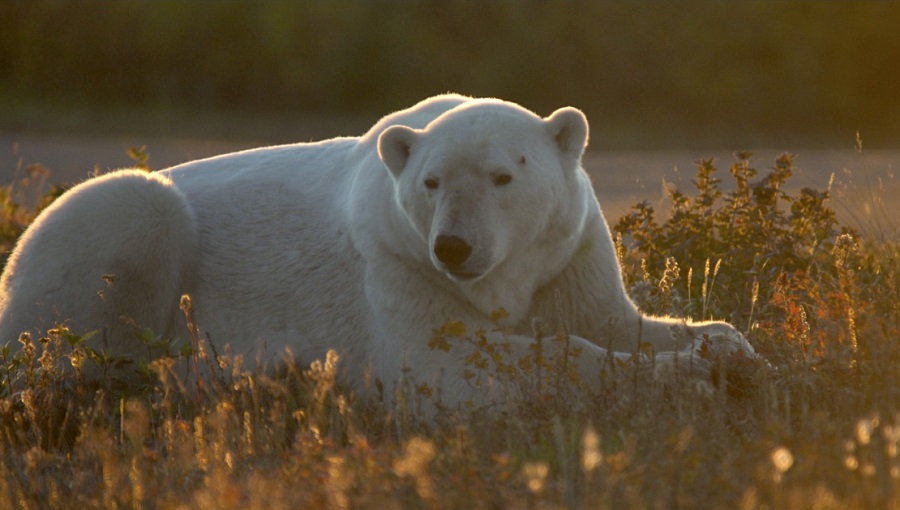 Nolan Booth met us in the lodge and asked that we immediately get wadered up for a day of fishing.  We were the first anglers of the year. The moons were just right to solicit giant tides which, in turn would be the key indicator for sea run brook trout to enter the rivers looking forward to their annual fall “love-in.” We were perfectly timed to hit what the old-timers call the tides of September. 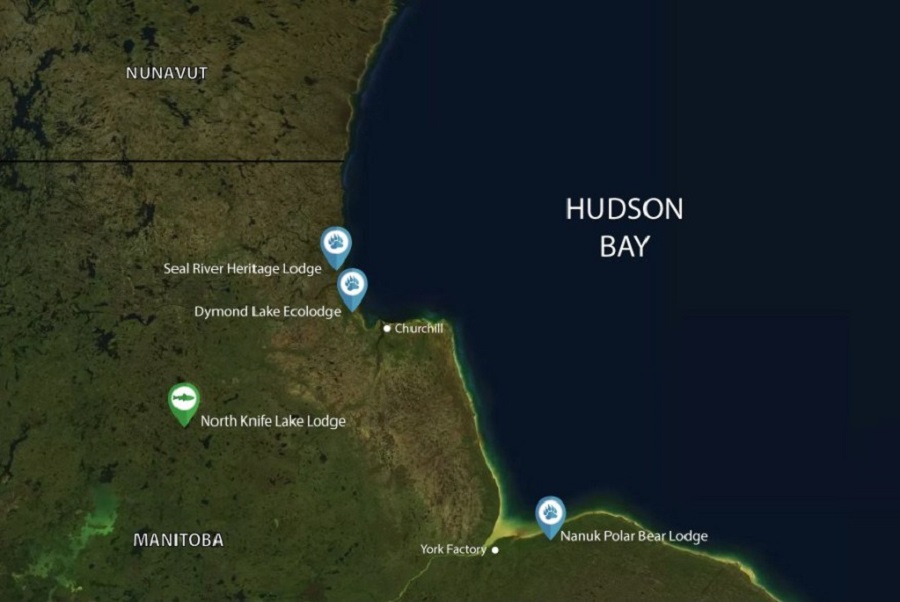 Nanuk Polar Bear Lodge is an oasis of safety, strategically placed along the migration route of polar bears as they head toward the brackish water (first to freeze) of the Churchill River on Hudson’s Bay. First ice means the first opportunity to shed the summer hibernation metabolic funk and hunt seal. The bears are lethargic, dopey and very approachable at this time of year. There were guests at the lodge from all over the world. 12 in total. They were here to see the bears. We were there to catch and release sea-run brook trout. 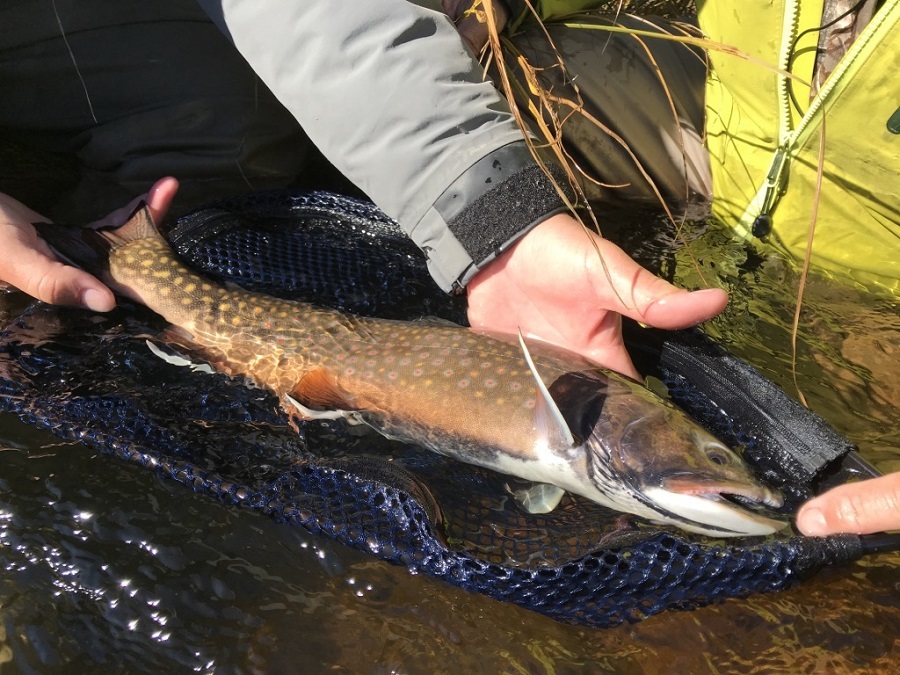 We jumped on our atv’s and headed out to the first of many tributaries in the area. Interestingly, the further away from the coast we got, the more relaxed Nolan and Aboriginal guide Kevin Brightnose seemed to be, even so far as leaving their guns on the quads while we were fishing. It was explained to me that the polar bears rarely come inland on their migration and we should just be aware of black bears, wolves and moose – no problem, right?

The fishing was a little slow at first, but as our time wore on and the moon became full, it was exponentially better day after day. We were catching and releasing big silver brook trout, most still carrying sea lice, and fantastically colored resident trout pushing 23 or 24 inches. They would eat streamers, woolly buggers, egg-sucking leeches and zonkers, all-natural colors and all size 8-12 flies. With water temperatures in the mid to high 30’s they fought and dug deep to avoid our nets. 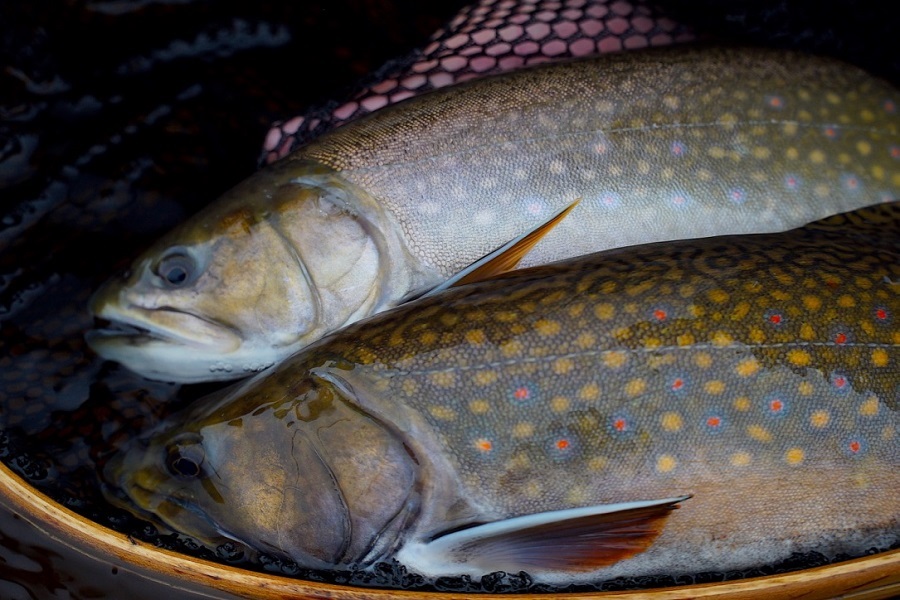 We did come in contact with many polar bears, wolves, a few moose and a number of black bears while on the tributaries of Hudson’s Bay. However, they seemed to be acutely mindful of our space, actually allowing us to be in their presence versus the other way around. They would see us, approach to a safe distance and maintain. It was fascinating, we were being watched, studied. 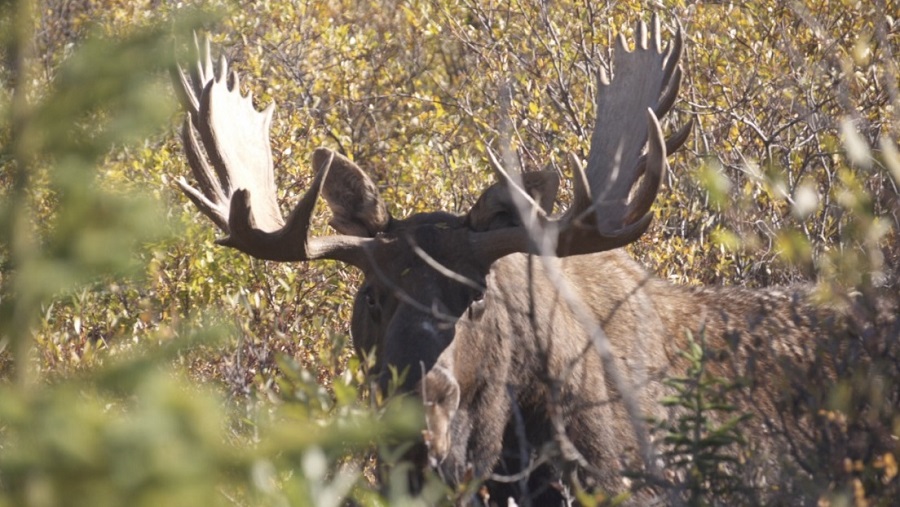 We fished 4 days, travelling by quad, helicopter and my favorite way to get around, on foot. Every single tributary showcasing the tides of September brook trout; our most productive tributary being just a 2-minute walk from the lodge. The fishing overall was fantastic, the wildlife unlike anything I’d seen before. The week was 100% pure adventure, in a setting considered a last frontier. The entire experience was that for which bucket lists were invented.

And what about “He”? Well, in all the time we were there, “He” made his presence known, every day providing photo ops with lodge walk-by’s, playing tag with wolves and simply allowing us to be in his presence. “He” exemplifies the north and was absolutely magnificent, as was the brook trout fishing! 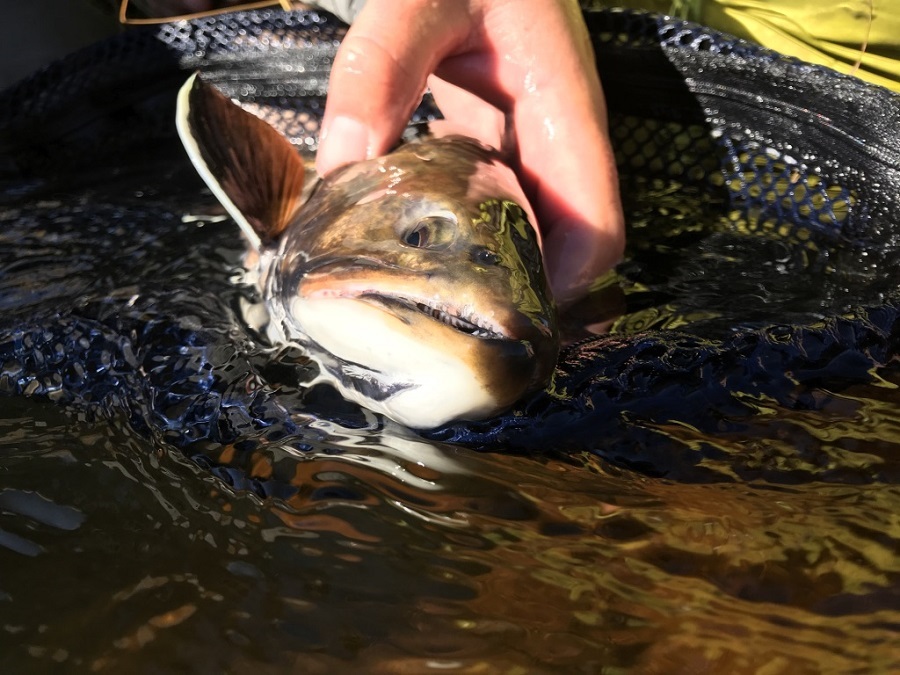