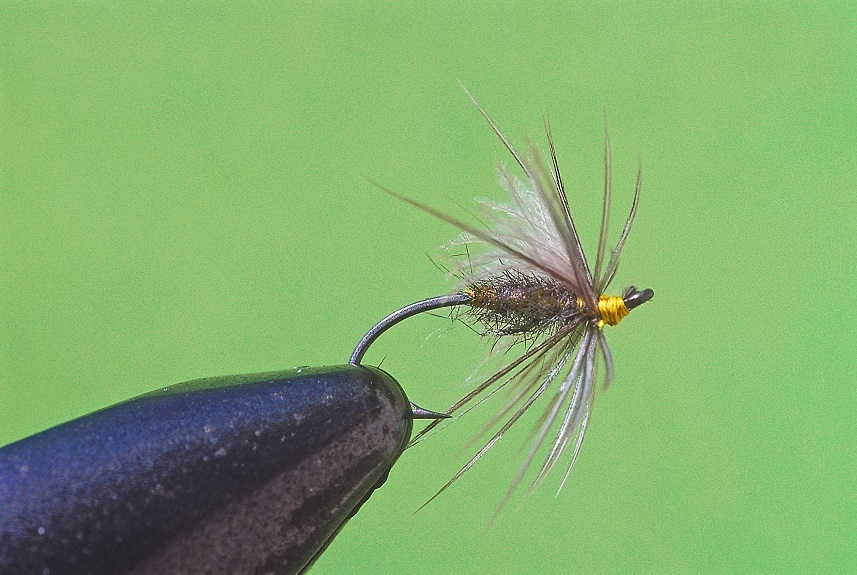 More than a Simple Hackle
While all the main nineteenth century writers emphasise the importance of soft hackled flies without wings, they also incorporated sparse, soft wings on many of their patterns. In many cases, these are folded, clumps of feathers from the same sources as those used for the hackles, usually tied tent style. Typical of these is Jackson’s recipe for the Dark Bloa, which is winged  with “a dark feather from the inside of a waterhen’s wing”. Similarly, many patterns also call for a tail, the Dark Bloa included. Some even feature a soft hackle palmered over the body, but mainly for terrestrial imitations.  Nevertheless, all these patterns are tied sparsely.

Technique: Fish as a Living Insect
While soft hackles were not meant to imitate the configuration in or out of the water, they were meant to imitate closely the behaviour of insects in the water. Specific fishing techniques were developed to enhance the lifelike action of the fly. Theakston urges fly fishers to use “accurate imitations of the leading favourites dressed on fine strong hair of neutral tint, floated naturally at length without scaring the fish.”  He also contends that hackled flies fished in the surface film are “better fish getters” than winged, imitative flies when the hatch is on, although he concedes that the latter are preferable because it’s harder to catch fish with them and, therefore, more sporting—which is a bit thick from an angler who enthusiastically fished with maggots, minnows and worms when it pleased him!

Patterns
There are hundreds of soft hackle patterns featured in the literature, but, while it’s fun to explore them, only a few are necessary for an effective soft hackle arsenal. Naturally, the selection will be determined by the nature of the rivers being fished. In the streams of north-east Canada and the USA where I most commonly fish, my go-to patterns are mainly grey-winged with bodies of various shades of olive and yellow—especially in the early season when the various ephemerellas are hatching. Patterns with grouse and partridge hackles are also effective when mottled winged flies such as stenonemas are around.

The Waterhen Bloa
If I had to carry only one soft-hackled pattern, this would be it. I’ve caught trout on it from Labrador to the Rockies and from Yorkshire to Patagonia. It has a classic elegant simplicity and is easy to tie. The following recipe is from Edmonds and Lee:

Wings:  Hackled with a smoky grey feather from the undercoverts of a Waterhen’s wing.

The hackle should have the darker side facing the head of the fly. Remember to keep both the body and the hackle sparse and, when dubbing the fur, make sure that the colour of the silk shows through it. Ignore the hook recommended—the numbering system is long out of date! Instead, use any short-shanked wet fly hook in sizes #12 to #18. Waterhen can be hard to find, but coot, or any soft, mid-grey feather will do at a pinch. I prefer to use Pearsall’s primrose yellow silk for the thread, but size 0/3 tying thread can be substituted. 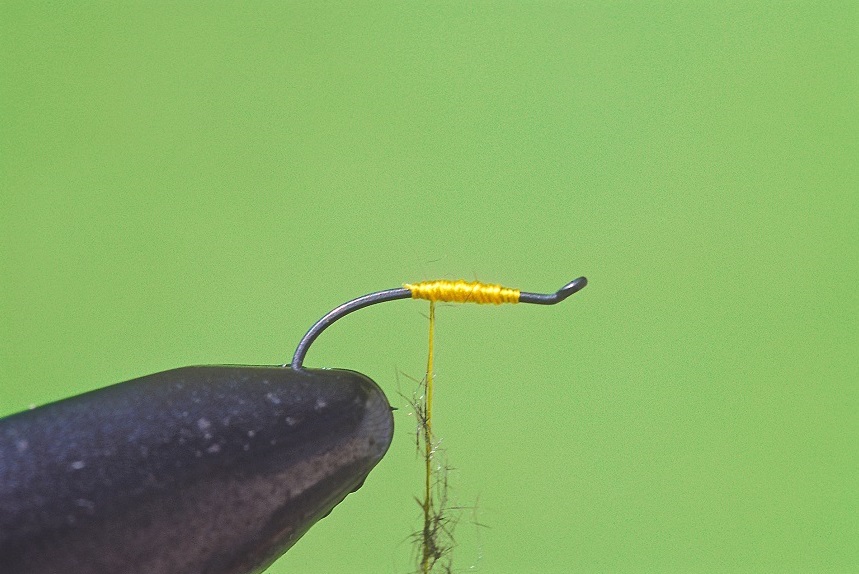 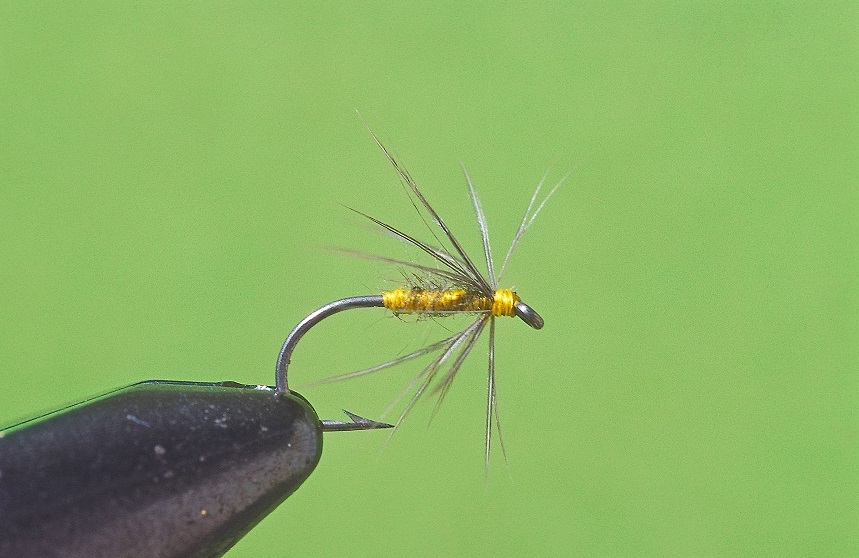 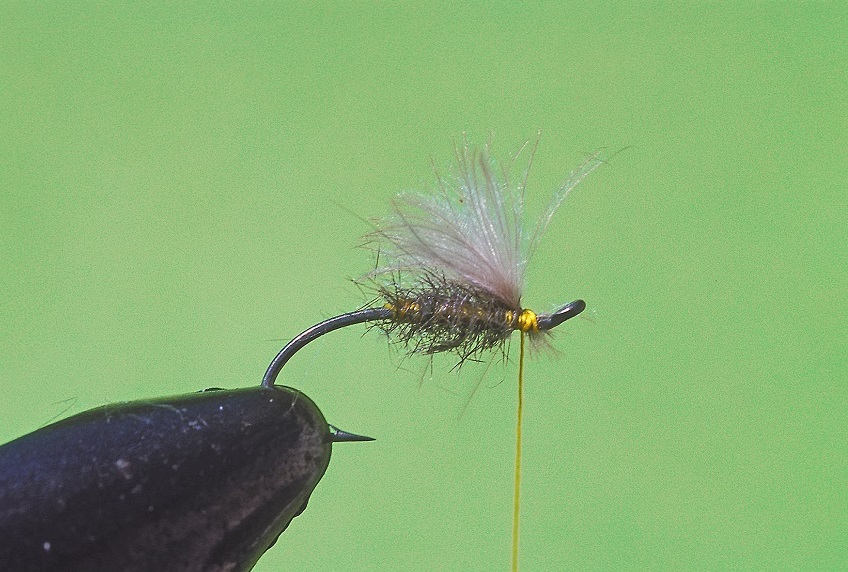 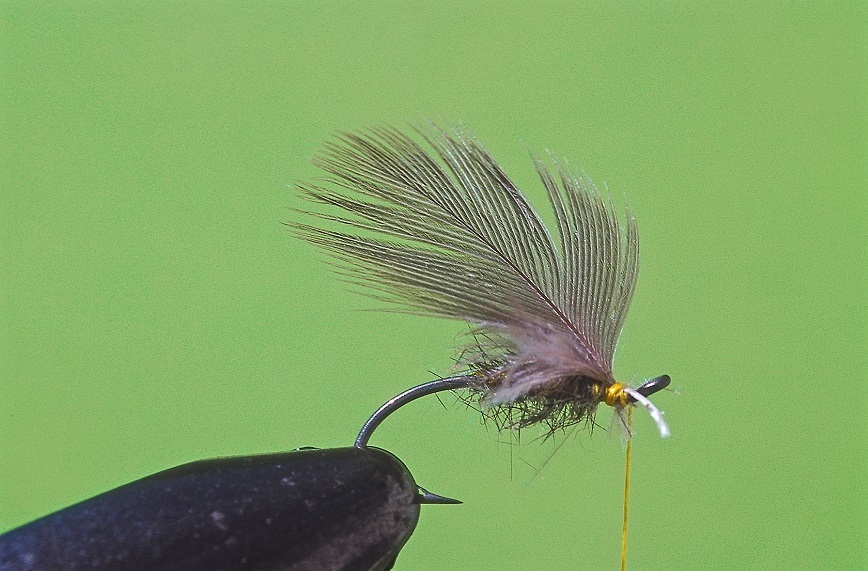 CDC Bloa
The tie is so simple that experimenting with it is rarely time consuming. For instance, when CDC first became popular, I used it as a wing (both strands and puffs) on the Waterhen Bloa, so that the pattern could be fished either sunk or floated in the surface film. I’ve also used a touch of glitter at the butt end of a sparse peacock herl body on a grouse or partridge hackled pattern for fishing the caddis hatch. Other modern materials enable similar potential variants for those who enjoy experimenting.

Select Bibliography
Most of the main texts are available digitally on-line. Simply Google the author and title in order to access the sources available. Many are free.