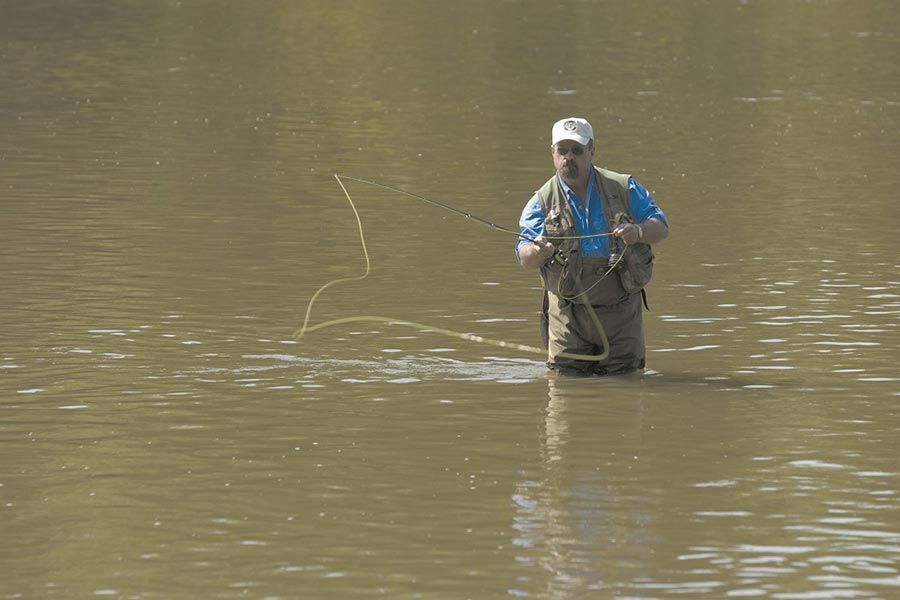 As fly fishers we are constantly seeking different ways of presenting the fly in order to get the optimum drag-free cast and to avoid spooking the fish. The curve cast is an effective way of doing this, for it enables the caster to place the line and leader on the water with an upstream curve, which not only helps to prevent drag, but also ensures that the fly precedes the leader and will be the first thing the fish will see on the downstream float.
There are two different curve casts —the positive curve cast and the negative curve cast. Which of these you use to make the upstream bend in your line depends on whether the current is flowing from your right or left. I’ll describe both casts as a right-handed caster; for the left hander simply reverse the direction.
The Positive Curve Cast
The positive curve is an over-energized side cast which makes the line kick to the left.
Start with a side cast motion between 45 and 90 degrees. When you are ready to present the fly, cast very hard to a positive stop of the rod and hold that position. The line will straighten out very quickly and the fly will then kick to the left.
This cast does take a little practice, but is well worth the effort of learning. 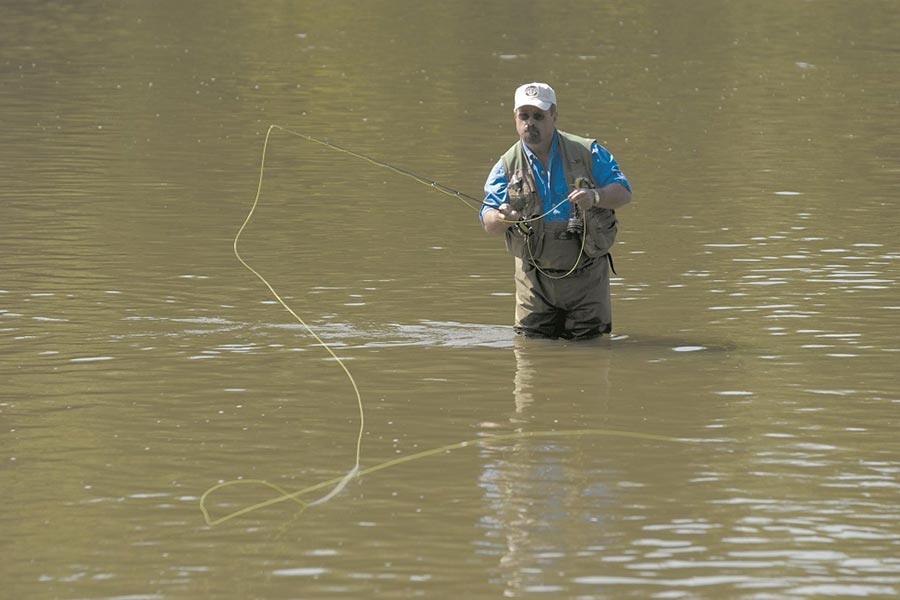 The Negative Curve Cast
Unlike the positive curve cast, which demands that the caster use a large amount of energy, the negative curve cast demands very little energy.
To start the negative curve cast, initiate a normal overhead cast, but when you are ready to present the fly on the front cast, rather than bringing the rod to a positive stop, sweep the tip of the rod to the left in front of you and drop the line immediately on the water. By dropping the line immediately, you prevent the line from straightening, making it curve to the right instead.
This cast will definitely be the harder of the two to learn, as we are taught to bring the rod to a positive stop in order to form the loop, and have the urge to do this instinctively. It takes a bit of self-discipline to overcome the instinct, but the end result is worth it. 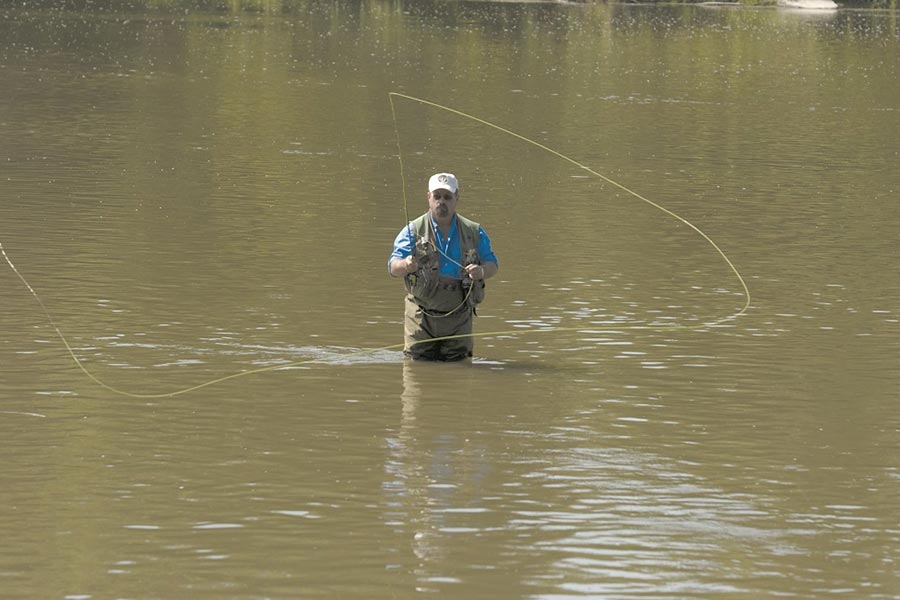 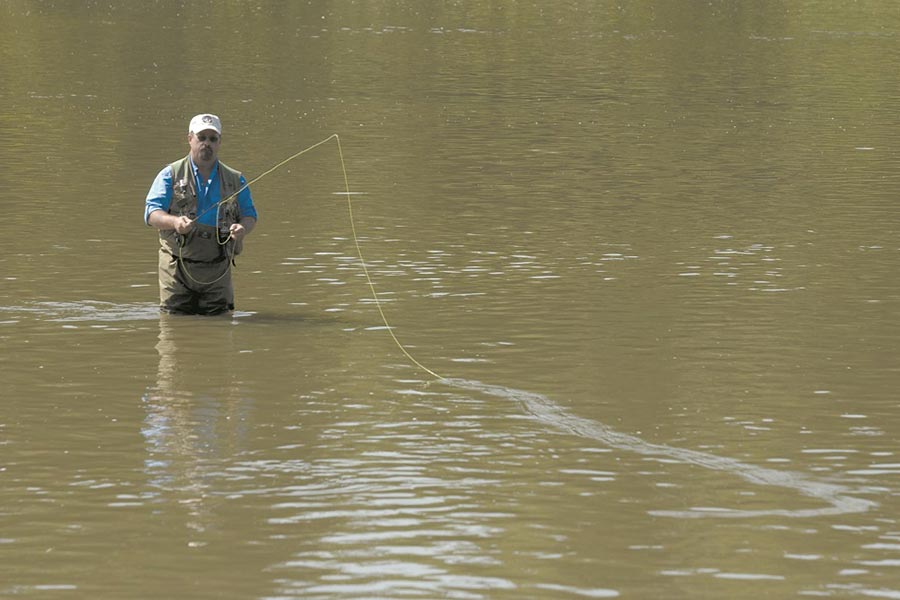