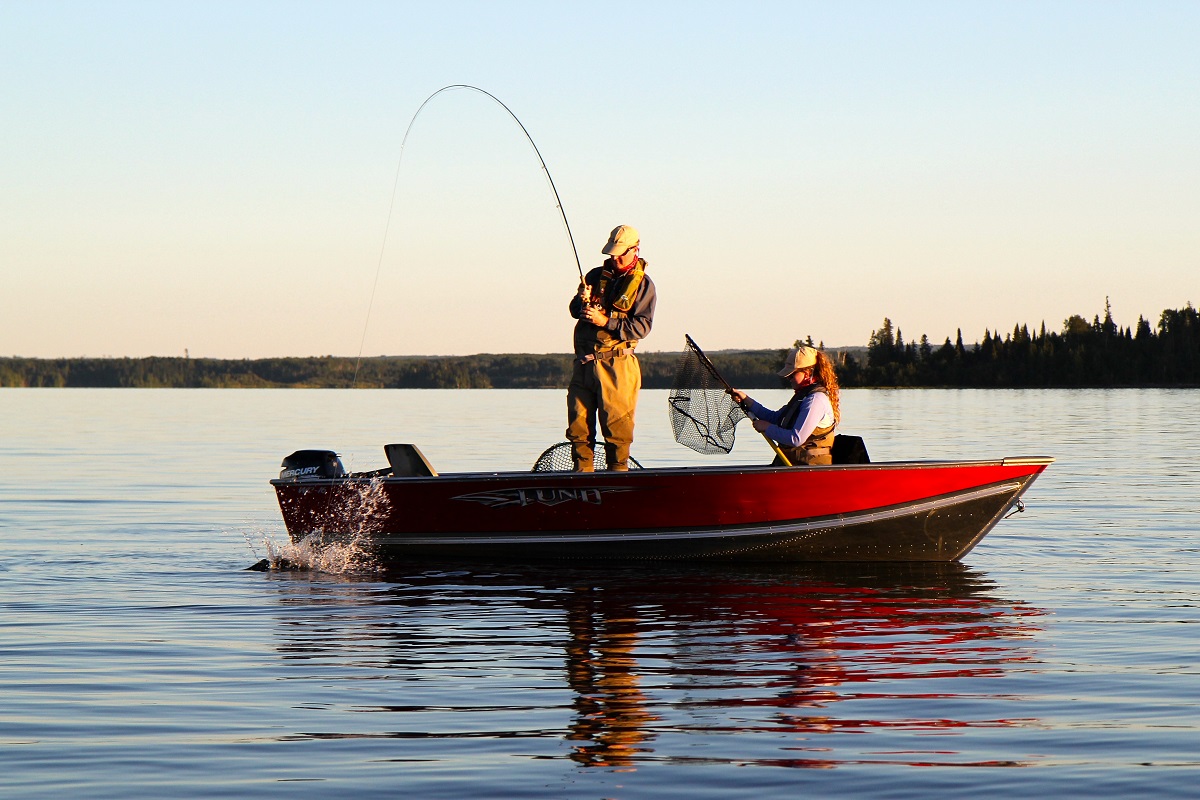 The Other Mighty Mighty

The Other Mighty Mighty

by Mark Melnyk, host and producer of the New Fly Fisher show

In Ontario we are blessed with such a vast number of rivers and lakes, that it would be impossible to fish them all in many lifetimes. Some of them are quite well-known, others less so, but every one of them has its own distinct uniqueness. One of the most well-known for its superb fishing opportunities is the mighty Niagara River, which connects Lake Erie with Lake Ontario. Somewhat less well-known, mainly due to its relative remoteness, but just as mighty, is the Nipigon River which runs into the north-west corner of Lake Superior. Although the former runs through largely urbanised southern Ontario and the latter is very much a wilderness river, both are big, featuring rugged rapids and deep, swift runs. What’s more, both can boast world record fish: the IGFA All Tackle brook trout (14lb 8oz) caught by Dr. J.W. Cook in the Nipigon in 1915, and an IGFA 6lb line-class brown trout caught in the Niagara by Glen Taggart in 1996. 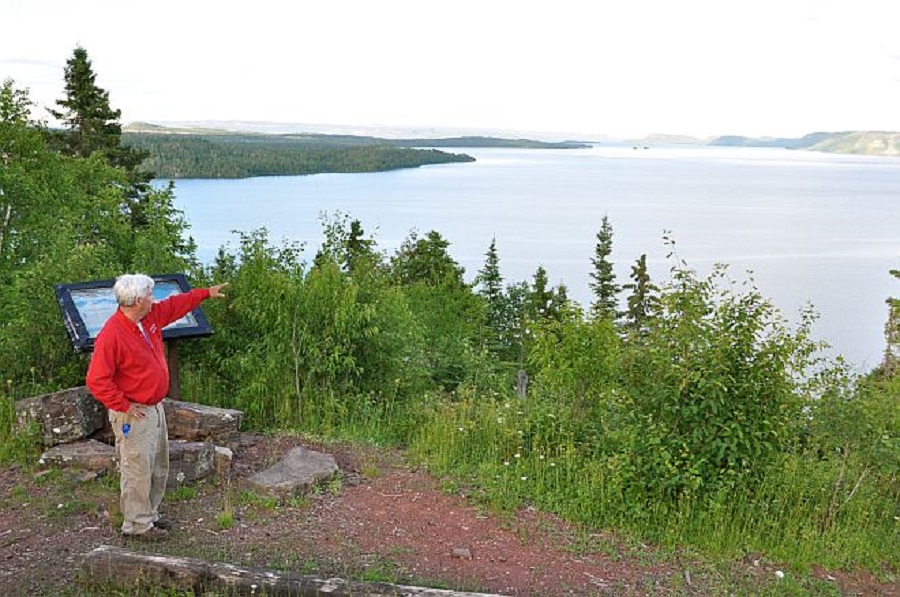 With excellent road access, most of the Nipigon is fishable, or, at least, accessible, However, because the river is huge, with deep gorges and turbulent white water, and because its water levels can rise suddenly and rapidly due to hydro-electric dam activity, visiting anglers should hire a guide. One of the most experienced, Gord Ellis, operates out of Quebec Lodge.  Located in the hamlet of Red Rock, it’s just a short drive from where the Nipigon flows into Lake Superior. The lodge offers superb multi-species fishing opportunities in the big lake and in the rivers of the area, including the Nipigon. 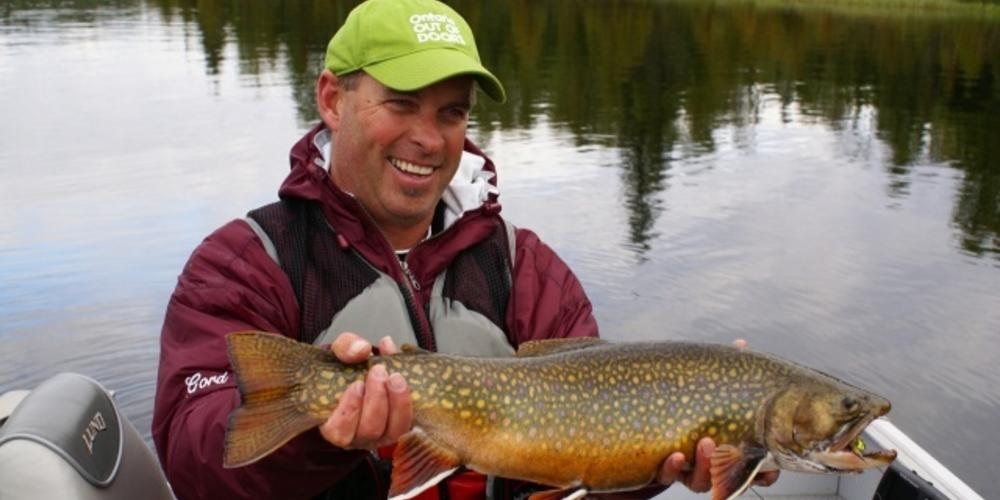 Gord Ellis has been fishing the Nipigon for decades, with both conventional and fly tackle, and knows the river intimately. He is a well-known outdoors columnist and broadcaster and has his finger on the pulse of the fishing in the area, especially the Nipigon brook trout.

Nipigon brookies grow bigger and stronger than those inhabiting lesser waters—a consequence of having to fight the river’s heavy currents and abrupt fluctuations in water level in the sections between the hydro dams. It’s not surprising that the Nipigon is home to the world record. Gord is well aware of this and catches trophies on a regular basis. 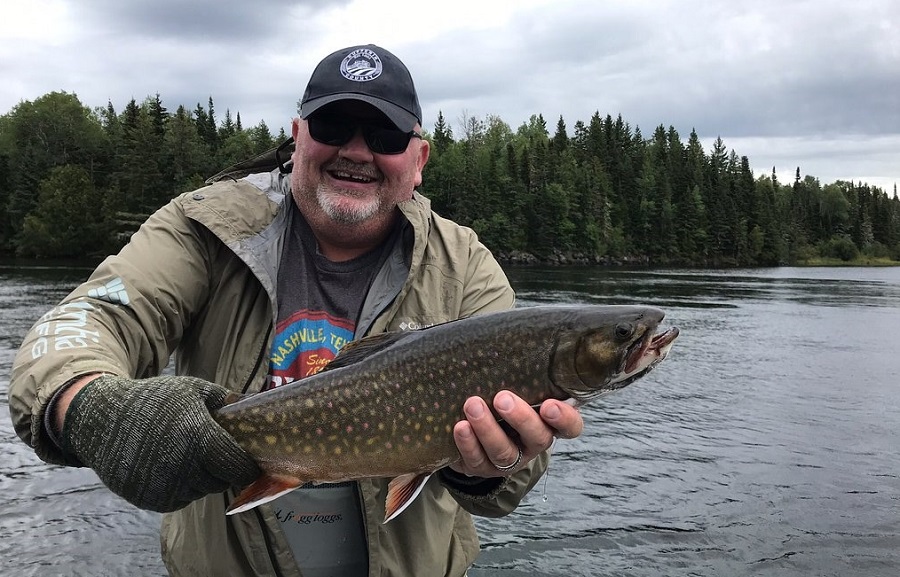 But there’s more to the Nipigon than its fabulous trout. There are excellent opportunities for fly fishers to target a multitude of other species: runs of salmon, steelhead and lake trout from Lake Superior in the spring and fall, as well as resident pike, walleye, and smallmouth bass. What more could a fly fisher wish for? So get yourself to the mighty Nipigon River and make a date with Gord. The rest will take care of itself. 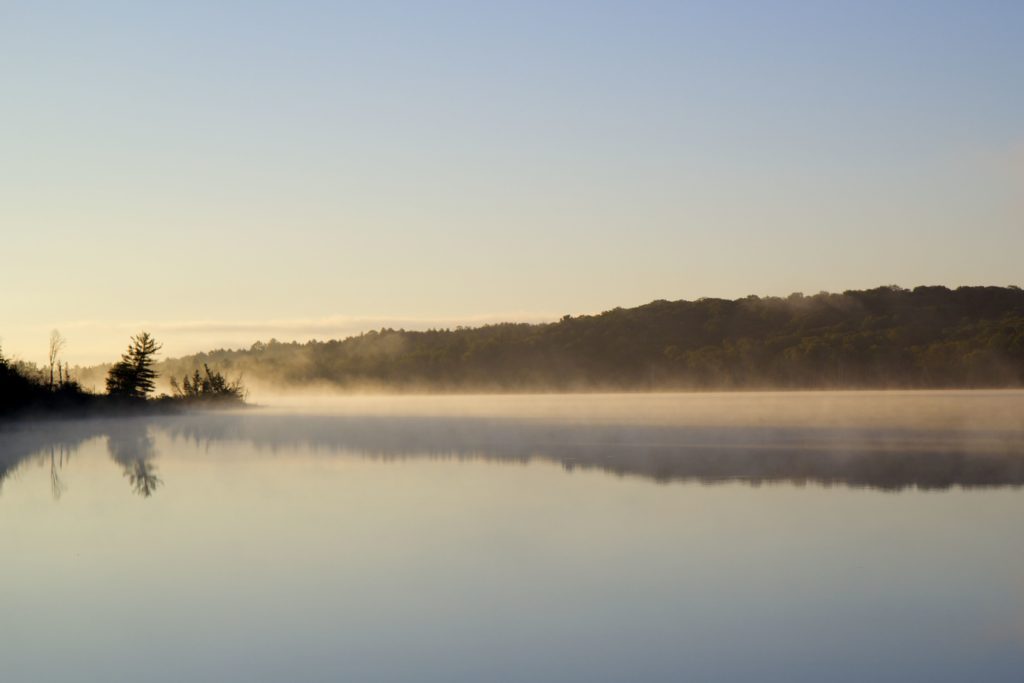