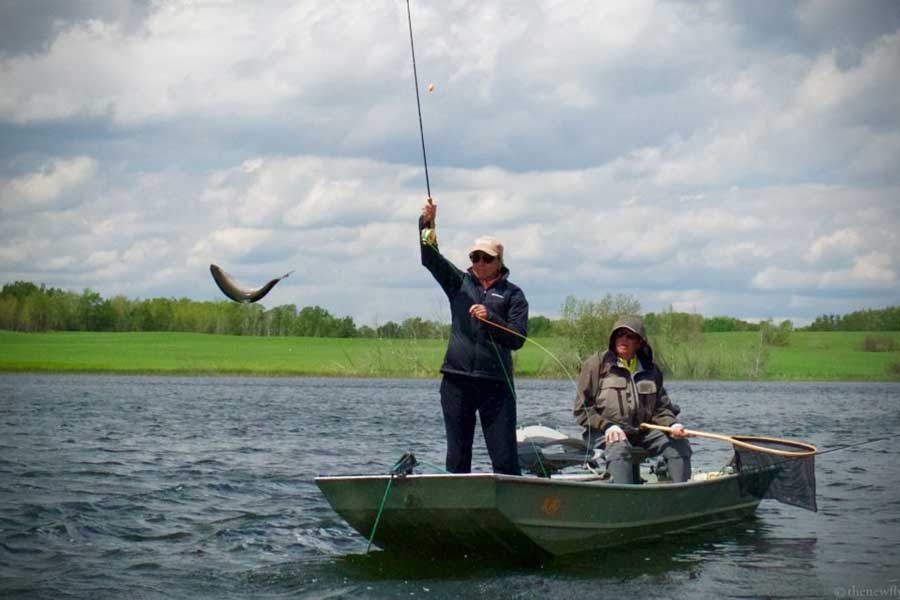 The Trout Lakes of Manitoba’s Parkland

The Trout Lakes of Manitoba’s Parkland

Not many Canadian fly fishers, and even fewer south of the border, would identify Manitoba as blue ribbon trout country, yet the Parkland region of the province, west of Winnipeg, boasts trout lakes which rival the best in the world, regularly producing trout of over 30”. Most of the lakes are located within one hour drive of the town of Russell. 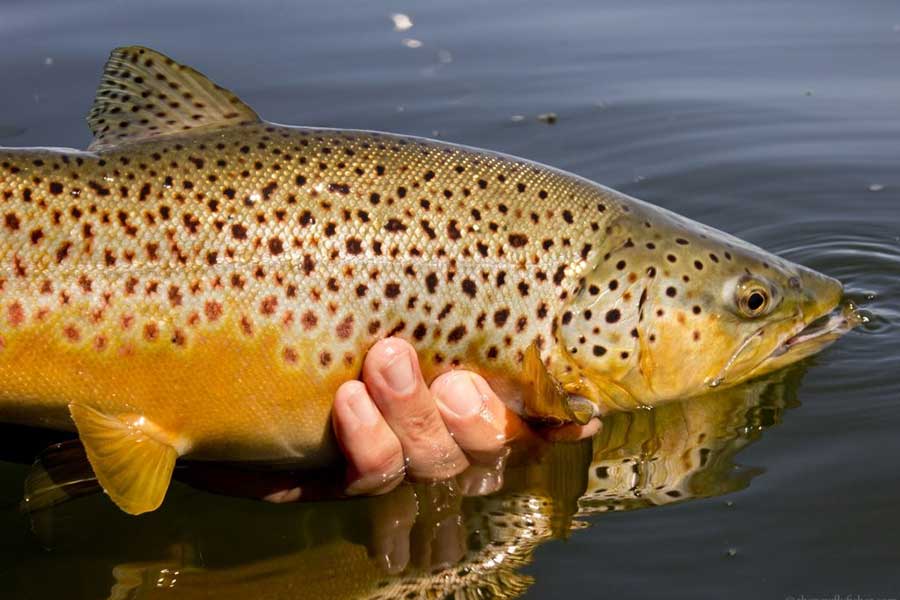 The quality fishing dates back to the early 1990s, when the province initiated a massive restocking programme in the Parkland lakes following a devastating winterkill of fish in the winter of 1989-90. Brown and rainbow trout were the primary species, but some lakes were also stocked with brook trout, lake trout, and tiger trout. The high water fertility and rich forage of many of the lakes encouraged rapid growth in all species. To prevent further winter kills, the regional and provincial governments working in concert with FLIPPR (http://flippr.ca) installed aerators on most of the lakes of concern. The results have been spectacular with the number and size of trout increasing dramatically 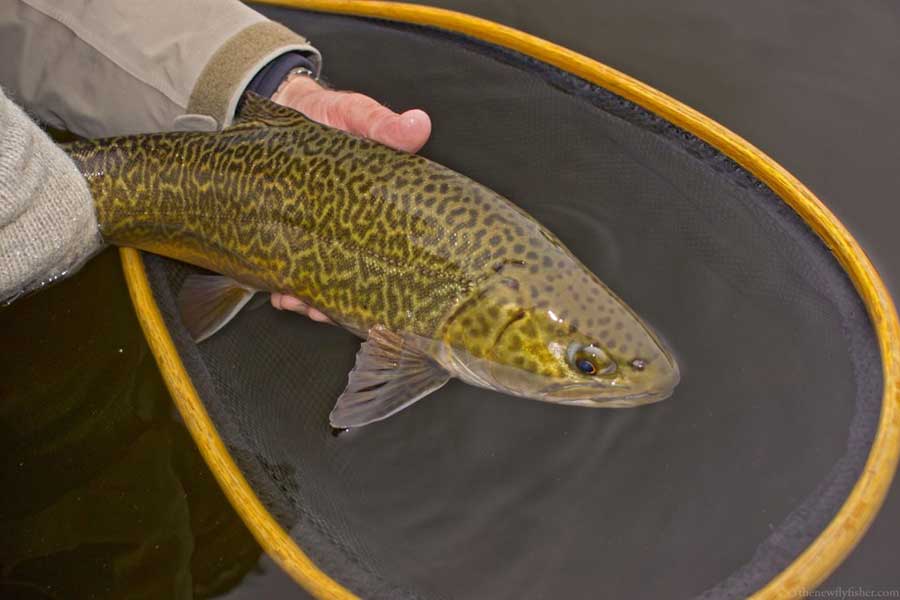 Farther to the north the lakes of Duck Mountain Park tend to be similar in topography to what fly fishers usually expect in a trout lake—deep, clear, and with rocky shorelines, while those near Russell are much shallower, with reedy shorelines and abundant aquatic vegetation. The largest fish tend to be caught in the lakes near Russell thanks to the vast quantity of aquatic insect life that is available to the trout. All offer superb fly fishing opportunities.

Here’s a great video that will give you an overview of the fishing in the region.

For visiting anglers, there is plenty of accommodation, including campsites, some of which specialise in catering to fly fishers. The New Fly Fisher team has made a number of TV shows in the region during the past ten years. Our favourite place to stay is the Russell Inn which is ideally located for easy and quick access to some of the best lakes in the region. Best of all, the Russell Inn has a restaurant, full-service gas bar, convenience store, and a Tim Hortons/Subway. There is even a liquor store on the property. You can get a good nights sleep, then in the morning enjoy a nourishing breakfast and pick-up all the necessities for a day on the lake. For more info on the Russell Inn and what they offer for fly fishers, go to: http://www.russellinn.com 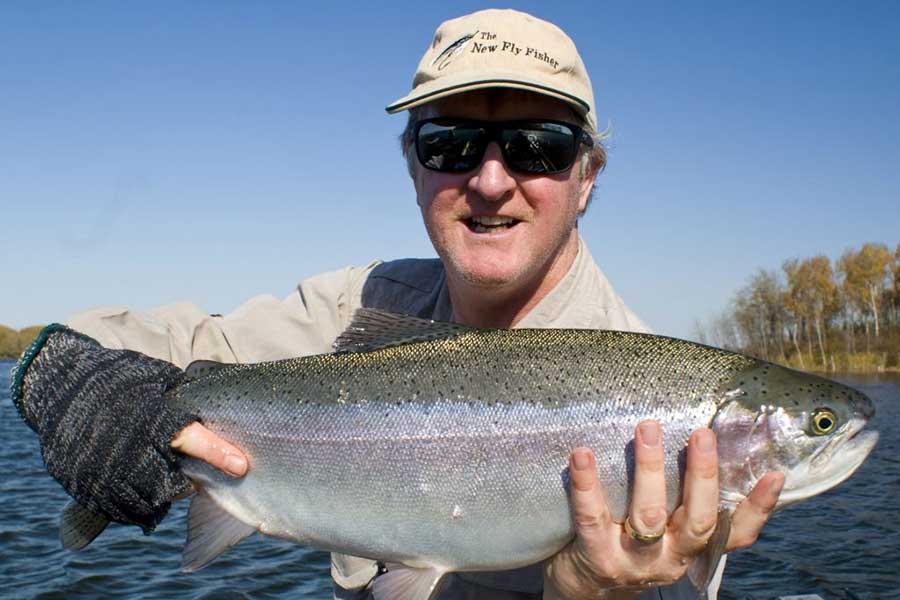 Over the next two weeks, we’ll be posting the first and second parts of a techniques feature, focused on line choices, by New Fly Fisher host, Phil Rowley, who fishes the Parklands every year. The equipment and tactics he describes, while developed in and for the Parkland lakes, are applicable to trout lakes anywhere in the world. 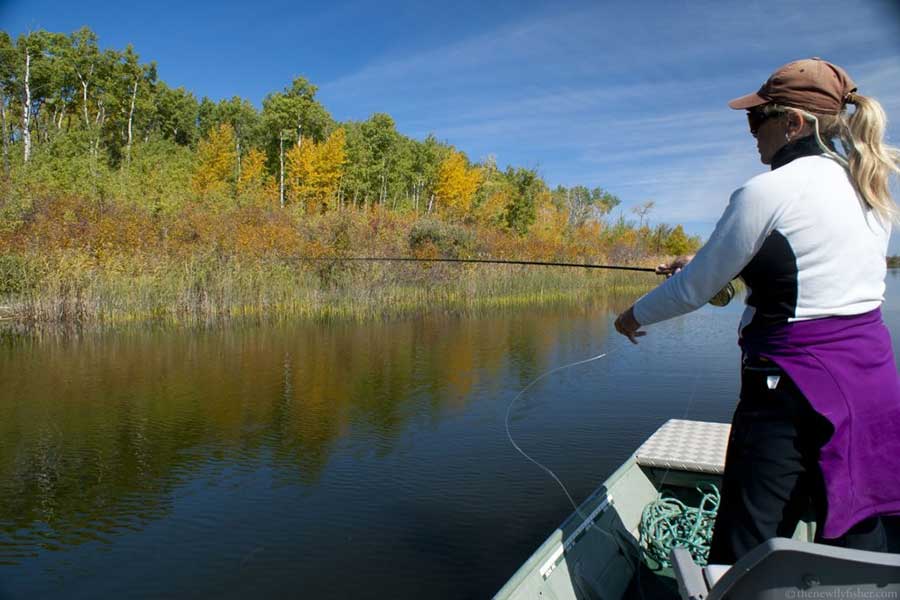